If you have pets at home, you’ll undoubtedly be aware of the sheer mess that they can cause. There’s no getting around it – stains, smells and damage are simply part of owning a pet.

It doesn’t matter if you consider your animals to be the best behaved creatures in the world – as a pet-owner you need to be prepared. Your pets can’t tell you when they’re sick or feeling under the weather, and they certainly don’t care as much about keeping your carpets and furniture clean as you do.

You can minimize these stains and odors through potty training and general pet discipline, but it’s naive to think that this will solve the issue forever. All pets are prone to the odd accident, or may just end up dragging something dirty through the house one evening.

Listed below are four excellent products that can really help to eliminate the stains and odors that arise when pets end up behaving badly. 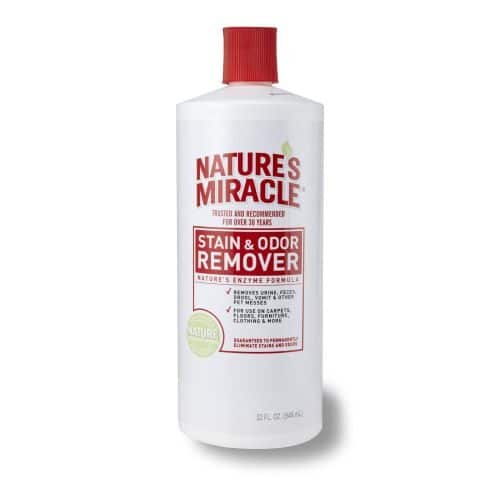 Nature’s Miracle can be applied safely and effectively to most household surfaces and furniture, (excluding wood floors, leather and suede) with the capability to wipe away deep-set stains and long-standing odors that have plagued rooms for long periods of time.

Nature’s Miracle is a hugely popular stain removal product with pet-owners, and whilst some disgruntled customers have complained about the new formula being less effective, recent rave reviews suggest that this may have merely been a rare botched batch.

Available in 16/24/32oz bottles for between $5-10, Nature’s Miracle also offers stain removal by the gallon for around $20, or in spray form (2 bottles) for a similar price.

Boasting a Bio-Enzymatic formula that eradicates urine, feces, vomit and dirt, and a Seal of Approval from the Carpet & Rug Institute, Rocco & Roxie Stain Eliminator is a proven product with a ruthless reputation.

Arriving in either a 32oz bottle for roughly $20 or by the gallon for around $50, this pet cleaner is able to remove stains and odors from carpets, upholstery, pet cages, beds, and litter boxes.

A handful of customers have complained about the smell of the product itself, but this tends to drift away – along with any other pet odors in the house.

Arriving in a 22oz spray bottle for around $5, Woolite Pet Stain & Odor Remover can mercilessly destroy anything nasty that falls out of the end of your pet – front or back.

Comprised of a stain-ridding formula that prevents the release of further odors, Woolite is also formulated with a specialized technology that discourages pets from returning to areas where they originally created mess.

Certain customers have found that using the product without strictly adhering to the instructions can lead to mild carpet discoloration, but as a whole Woolite is recognized as an effective cleaning product with a very pleasant aroma.

Available in a 32oz spray for between $20-30, Emmy’s Best Pet Odor & Stain Eraser operates through use of a triple action formula that removes stains, defeats odors, and eliminates the issue of repeat soiling by pets who like to return to the scene of the crime.

Several customer reviews have suggested that this is one of the most effective cleaning products on the market, and have regularly commented on the extremely pleasant aroma created during use.

Emmy’s Eraser also comes with a 100% satisfaction guarantee, meaning that anyone who isn’t pleased with the product is entitled to their money back. Recent rave reviews suggest that this won’t be an issue. 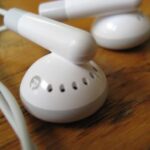 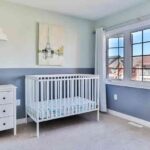