If you’re a cat-owner without a scratching post for your pet, it’s only a matter of time before your furniture begins to get a little scarred. All cats possess a deeply-embedded need to scratch away at surfaces in order to sharpen their claws, stretch out their bodies, and release any bundled-up energy. Felines also like to mark their own territory, and scratching posts act as a point for them to do this as they leave both visual scratch marks and a scent which is released from underneath their claws.

Scratching posts ultimately keep cats happy, comfortable and content within your home, and without one you may find that your feline ends up tearing away at other pieces of furniture instead.

Listed below are four of the best cat scratching posts and pads available across the web:

A curved, lounge-like scratching pad that looks as good to your cat as it feels, the Catit Style Scratcher consists of a durable corrugated scratching surface that cats much prefer clawing at than furniture (according to many customer reviews).

The Catit Style Scratcher also comes with the recreational cat substance of catnip; which contains the feline attractant called nepetalactone and enhances the enjoyment of your cat’s scratching and clawing behavior.

The price of the Catit Style Scratcher varies by a couple of dollars depending on which design you go for, but you shouldn’t expect to pay any more than $10.

The PetFusion Cat Scratcher Lounge is like a piece of postmodern, bourgeois furniture for cats. A curvy, sleek design that doubles as a lounger as well as a scratching pad, the PetFuson Car Scratcher acts as a great spot for your cat to work, rest and play.

The wide surface area makes the PetFusion suitable for larger cats as well as excitable, small kittens, and is also handily reversible. By purchasing the PetFusion Cat Scratcher, you’re actually doing your bit for the environment too – with the model completely constructed from recycled cardboard.

The only real complaint about the PetFusion Cat Scatcher is the initial price, but many customers who have bit the bullet and bought a model have commented on how much their cats love it.

Available in Charcoal Grey or Walnut Brown, this classy cat scratching lounger is available for anywhere between $50-100.

The Catit Scratcher is an extremely simplistic and enormously effective scratching pad for cats, with many customers commenting on how the model represents great value for money. Available in narrow or wide form, the Catit Scratcher is designed specifically for cats to tear into – allowing them to burn off energy and have a good time whilst they’re at it.

The Catit Scratcher is accompanied by the recreational substance catnip, which allows your cat to enthusiastically enjoy scratching away the pad, before falling into a state of peaceful slumber.

The narrow Catnip Scratcher is rarely more than $3, whereas the wide version is significantly bigger and can be bought for around $13.

A noticeable pattern between purchase of the KONG Naturals Incline Scratcher and reduction in furniture damage appears in many customer reviews, and the only slight complaint is the aspect of the model’s durability – with stronger cats damaging it relatively easily. Fortunately, any worn pads are able to be replaced with Cat Scratcher Refills also offered by KONG.

The Naturals Incline Scratcher is often available for around $8. 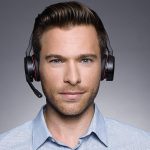 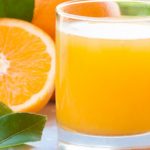