If your dog is displaying behavior that is a danger to himself or a nuisance to others; chasing after cars, running in the street or jumping on people, it is time to take more control of the situation. When it comes to breaking these habits, you need something more effective than the usual method of vocal commands to get the point across. Although much has been said about bark collars and the negative effect on the dog, the electronic collars on the market take more care and the “shock” is little more than a vibration and in most cases is accompanied with a low beeping sound, making this a very effective way to train your cherished pet.

Customer feedback was positive, the sturdiness of the clasps is adjustable for small dogs as well as bigger dogs up to 100 pounds. The remote control feature was a favorite as the device can be manipulated from further away. Reviewers especially like the four intensity modes; shock, vibration, sound and light.

However, there were some design issues that other buyers had found in the Petrainer. For example, the LCD display was hard to read in the dark because the backlight was not illuminated. Also, some consumers had issues with the tension of the collar; it seemed to become looser with even the simplest of movements.

This is an upgrade from the previous version of the Petrainer and it addresses some design issues from the earlier model up. For example, the LCD backlight was improved so it is easier to read in the dark. Also, the receiver was made lighter so as to accommodate toy dogs. The waterproof feature seems to be more secure and consistent.

On the other hand, there were some issues reported that the device was taking too long to activate out of the sleep mode. Also, the control buttons on the device are confusing because they are all one color and are not designated in any way in the differences in modes and intensities.

The reviews have been predominately positive for the Petiner. While most products on the market have three or four levels used to correct the dog’s issue, this product has seven, which allows you more finesse in training. Another characteristic of the device is the higher frequency beep that occurs before the shock, which gives your dog a chance to amend his behavior before a more serious reprimand.

Negative reviews involve the beeping sound that occurs intermittently, it appears to be more of a design issue as it is reported by a number of customers. Another concern is that the sensitivity dial reacts to movement too easily, if the dog moves his head or even just lays down, it emits the vibration.

Customers liked the sound intensity of the vibration, sometimes hearing it up to eight feet away. The collar is also equipped with a tester wire apparatus and is a plus because of the ease that it the collar can be tested before using it on your dog. A further benefit is that the device is re-chargeable, which is a significant money saver.

On the other hand, consumers have reported that the weight and size of the collar is more suited for a larger dog rather than a smaller one, as advertised. Also the customers commented on the absence of a clip on the receiver so it is awkward to carry around, either in the pocket or the hand. 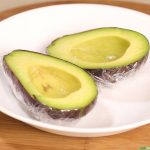 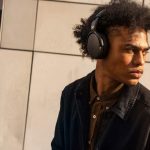