Risk is probably one of the most well known board games of all time. If you’re in any way in to board gaming or your family is then you’ve most likely played a few rounds growing up. Originally released towards the end of the 1950s, it’s far reaching appeal has mean it’s stood the test of time. It’s mix of apparently simple gameplay with hard to master tactics mean that anyone can get involved but only the most dedicated will master the art.

Risk itself is a game of conquest, set roughly around the Victorian era of imperial conquest. The game board is a map of the world and the map is in turn divided up into continents. Each continent is divided up into territories and the controlling of territories is how players gain an advantage on the map. Each territory you control gives you extra troops at the beginning of your turn and if you control all of the territories in a continent then you are rewarded with bonus troops. The troops each player has on each territory are used on their turn to attack adjacent territories and on their opponents turn, to defend against attacks. The attacking and defending portions of the game are realised through dice throws. The difference between the amount of attackers and defenders dictates how many dice each player can throw and the winner of each of these encounters has either the option to move their soldiers into a new territory, as an attacker, or maintain that territory, as the defender. The game is won once you control all the territories on the board and your opponents have been utterly banished.

One of the main drawbacks of the game, though it’s seen as a huge plus by many, is that a good game of Risk can take a long time to come to a conclusion.

Best Board Games Similar to Risk

Obviously with such a long running success as Risk, there will inevitably be pretenders to the throne who want to emulate the game’s success, but also provide a new slant on things. If you’ve ever felt that Risk lacked certain elements or if certain elements of Risk could be improved upon, then check out our list below for viable alternatives and what they do right.

Set in a sci-fi re-imagining of our galaxy, Eclipse moves the trusted formula of games like Risk to a futuristic, space faring setting. Instead of setting global powers against each other, the player takes control of a galactic force with the aim of conquering their foes and taking control of the Milky Way.

Much like Risk, the action is decided by dice rolls and much like the soldiers in Risk, you use your spaceships to attack or defend different sectors in the galaxy. As with Risk, controlling more sectors gives you access to more resources and it’s important to keep your areas safe whilst expanding into new areas where possible.

One of the main difference is the inclusion of resources. Now it’s not only the troops you control that affect your game but also the time you spend gathering and controlling resources. On your turn you can choose to build on or upgrade your sectors to provide more resources and it’s an entirely viable option to win the game without getting completely stuck into war. As with games like Settler of Catan there’s much opportunity to win the game as a skilled merchant or gifted diplomat.

READ
The Best Juicer under $100

If you’re looking for sci-fi strategy game take takes place on an alien moon where four factions fight to take over the moon, Nexus Ops is definitely worth checking out. Your goal as the leader of one of the factions is to gather a certain number of victory points. You can score points is by winning skirmishes with your opponents, but that’s not the only way.

In Nexus Ops you explore the world around you, gather resources that allow you to get more troops, and fight against other players to control those resources and terrain. The game is fast-paced and new players learn the rules quickly. Great choice if you have around an hour and a half to spend with your strategy game loving friends.

I boought this as a gift for my grandson (18). It was a hit with him and his game-playing friends. I enjoy it as well… it keeps me thinking and scheming.

This really is one of my favorite games and it gets played a lot. I’m not a fan of “area control games” but I love this one. It’s reminiscent of Smallworld to me.

Diplomacy takes place in pre-World War I Europe, where you rule one of the countries involved in the conflict. You can choose to become a ruler of France, Germany, Austria-Hungary, Italy, Russia, Great Britain, and Turkey. Your goal is to survive 4 years (1914 – 1918, two turns per year) and get control of supply centers. The more supply centers you control, the more military forces you get.

Diplomacy isn’t a game where you roll dice and score victory points. Here the most important thing is diplomacy. Before each turn you get a chance to speak privately with all the players you want to and try to work out alliances, support agreements and so on. Obviously everyone else is doing the same thing and you never know if the person who agreed to be your ally won’t stab you in the back in a round of two because he got a better offer from someone else. And you won’t win by being the most honorable player at the table, so sooner or later you will have to decide which alliances need to be broken and who to betray.

If you’re into that kind of thing, Diplomacy is definitely worth checking out.

Let’s take a look what other players wrote about Diplomacy:

This is perhaps the best game ever invented. Well, that is, if you are interested in history, geography intruige, human nature, diplomacy, and you have plenty of friends that like games and they all have a whole day to play the game.

TRUST NO ONE! This game CANNOT BE WON unless *SOMEONE* is stabbed in the back. Sad, but true. The people who are your allies in the beginning will likely be your enemies after a few short years/turns.

Kemet is a board game set in a unique fantasy universe, inspired by Egyptian mythology. The player takes on the role of a god and seeks to conquer their enemies through military might.

With fantastically detailed figurines and artwork, a group of two to five players are plunged into the world of Egyptian mythology and as their chosen god, go to battle with their foes. The game works similar to Risk in that each player needs to conquer and control territory in order to gain bonuses. Like Risk the game play relies on pitting your troops against your enemies and using dice rolls to simulate the outcome. However, in Kemet one doesn’t have to take over the entire board to win. The game ends when one of the players gathers a set number of victory points which can be scored in a few ways. This means the game plays much faster and not everything is based on territory control.

Great for players who really enjoy the cut and thrust of battle but don’t want to get bogged down in resource gathering and development. Kemet gives a uniquely fast paced and engaging style of game play and is perfect for anyone who enjoys both war games and fantastical and mythological settings.

Axis & Allies 1942, as you’ve probably guessed, takes place in 1942. You control one of the Allied or Axis countries during the World War II. Your goal is to defeat other countries and liberate or take over the most important cities in the world. In short, you’re there to change the course of history.

Axis & Allies 1942 isn’t a game you can hop into and start playing right away. For starters, you need to go through the rulebook, which can take an hour or two. But knowing the rules aren’t enough – there are a lot of things going on when playing, so the first few games you will spend learning strategy from better players.

Axis & Allies 1942 is a great choice if you’re looking for a quite complex strategy game where luck isn’t as huge of a factor as in Risk.

Here’s what other players wrote about the game:

I’ve been playing Axis & Allies in some form or another since high school and it has long been one of my favorite games.

All in all, this game is a treat. LOTS of pieces, a BEAUTIFUL, BIG board, and cost cutting everywhere else.

Risk 2210 A.D. is a more complex version of Risk that takes place 200 years into the future. Besides the usual armies it features commanders – powerful specialized units that give you certain advantages and possibilities on the battlefield. You buy commander units using energy chips you get (based on the number of territories you own) when your turn starts. Besides commanders, you need to buy command cards to further influence the maps (Earth and Lunar map) the battle takes place on.

If you decide to play by the rules, the game ends after 5 rounds. But you can easily decide to play it Risk-style, until one of the players conquers everything. That’s actually a quite important point – you can customize the rules to get more fun out of it. If you don’t like a concept or two, you can abandon it. Or don’t use all of the pieces when you’re playing with someone who’s new to board games to make the game easier for them. You can even easily play the game using Risk rules and still have a blast.

Let’s check out what players wrote about this game:

I had a blast with this game. Anyone familiar with classic Risk will find this an interesting change. I took it to my local games shop and started playing with some people and we had a crowd gathered around watching us play before long.

Overall this is a very good game that adds more complexity to the original Risk. It is very well designed and clearly has been balanced for fun and fairness. Original risk players will find this game easy to pick up and a lot of fun, while new players may be a little overwhelmed by all the rules.

Chaos in the Old World

Based in the incredibly popular fantasy universe of Warhammer, Chaos in the Old World puts the players in charge of god like creatures and lets them do battle for the corruption of The Old World. Gameplay revolves around two to four players trying to corrupt The Old World by gaining control of the game map and winning in dice based battles with their opponents.

One of the main selling points of Chaos in the Old World is the variety of characters that players have to choose from. Each of the Lords of Chaos available to the players has a unique set of abilities and skills that mean that no two games will ever turn out the same. Getting to know your chosen character and the intricacies that go with it is an in depth and exhilarating experience and this game should appeal to both war gamers and Warhammer fans alike. 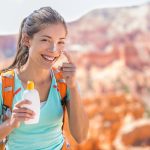 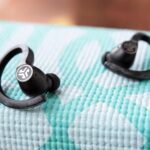