Board games get people gathered and talking around the table, and the right game can be a great way to socialize and have some fun with friends -unless one of your friends gets too competitive, hostile, or angry when they lose. These cooperative games remove the adversity and bring the fun back to gaming by putting all the players on the same team.

If you are a logical strategist, Pandemic by Z-Man Games will be a refreshing addition to your game collection. Designed for two to four people, the game assigns each player a persona as a CDC professional, and takes place in Atlanta as four major diseases break out across the world and start to spread. From scientist to quarantine specialist, each player uses the individual skills of his character to fight the outbreaks and the group teams up to eradicate or cure the diseases.Pandemic is a strategy heavy game that reviewers called thought provoking, and can be played in under an hour after initial learning curve. It can be bought for under $40 and there are expansions available for more advanced game play. An average game lasts about 60 minutes, which makes Pandemic a great choice for those who love a quick game. We believe that the gameplay is even better when played by four players, as opposed to a small group. Also, there’s a new version of this popular co-op game so if you need your fix, get the second edition.

READ
Best Board Games for Adults

While Pandemic is no doubt fun and engaging, some users say that the first play is time consuming and tough to grasp. To avoid this, the manufacturer has an instructional video available online to compliment the rule book. While some players said the game gets more enjoyable with more plays and a firmer knowledge of the rules, others said it got too easy after a number of wins. Minor issues aside, this satsified gamer say Pandemic is a standout game with a great level of interaction between players

Pandemic is a great game to encourage teamwork rather than an extended effort to beat your opponents into the ground.

Betrayal At House On The Hill

Produced by Hasbro and long time fantasy name Wizards of the Coast, Betrayal at House on the Hill is a suspenseful and nerve wracking game of mystery and horror. Designed for three to six players, this game is a scary movie in game form. Players explore a creepy house, discovering all manner of dangers and turning up clues. The group starts the game together, but as the turns progress, one player ends up a fear maddened traitor and attempts to kill the other heroes.Betrayal at House on the Hill is a scary games night addition and always provides a great challenge. It is typically under $50 and its high replay value will proving many nights of fun. The maddening plots and spooky premise are sure to leave you coming back for more!

Betrayal at House on the Hill is unique in that instead of a board, it consists of a set of tiles that are placed to create custom layouts, and it provides multiple ending scenarios to change up the adventure so every game feels fresh, never dull or repetitive. With changes is both story and layout, each game is guaranteed to vary from the last. A small percentage of players found the rulebook presentation hard to grasp at first, and some mentioned the randomization as a cause of confusion. A more common complain was that a certain piece seems to not fit perfectly, but most noted this as a minor nuisance. Also, some users say the newer version of the game came with printing issues. Betrayal At House On The Hill is no doubt addicting as this Amazon player can attest to:

Every time you play this game, your appreciation for it will grow. It really is fascinating to see how the game shapes up as different rooms and events are combined: many times an event won’t seem that bad in the room you draw it in, but in a later game, it will show up elsewhere and you realize how devastating it can be!

Ghost Stories is a challenging supernatural themed game for one to four players. In it, players assume the roles of monks finding an artifact. Together they must defend a village from the army of darkness seeking to destroy it. The game has a large variety of cards to randomize random, and multiple difficulty settings, allowing you to create and play a different game each time.The game is quicker to set up than some others on this list, and takes approximately an hour to play. Asmodee has created a tense cooperative situation with great replay value. Ghost Stories can be purchased for under $50. To win the game, you’ll have to band together with your friends and get the precious artifact before the game gets you! Ghost Stories features four levels of difficulty, and each level is scarier than the next!

As for the negatives, some reviewers said the game was too difficult, stating that they rarely won. Others comment that the rule book is not well designed, but were impressed with the quality of the pieces and cards. Players liked that the game results rely heavily on strategy and less on the dice. Fans agree that Ghost Stories offer more challenges than you can handle but it’s addicting, enjoyable, and it will appeal to those who love a good challenge as this avid player summed up in a review:

What I love about Ghost Stories is that, despite its high difficulty, I rarely feel like the group has dug themselves into a hole they can’t climb out of. There are ways to set up powerful teamwork combos that can give the good guys a much-needed boost, even if it’s only a moment to catch one’s breath. Even when you lose (and you will), you won’t feel the game is hopeless, but rather that the group should retrace their steps to find out what they can do better next time.

Eldrich Horror is a story heavy game for one to eight players that follows the lore of H.P. Lovecraft. Each player immerses themselves in the role of an adventurer, with unique skill sets and items. You then travel the world looking for mysteries to solve. All players pool resources to fight monsters and solve storylines as a team. This is a thrilling adventure-mystery against the forces of evil.For those who enjoy it, there are many expansions and matching games like the more robust and longer playing original game -Arkham Horror. Eldrich Horror is typically priced at around $50.

This is a heavy game and some players found it takes a long time to play, although it gets notably faster as people adapt to rules. It has a lot of pieces to set up and reviewers found the rules complicated to learn. In the typical style of Fantasy Flight Games, this game has stunning art and extremely high quality pieces. This game will look new for a ling time. Just like anything in life, this game might not appeal to everyone but in our experience, Eldrich Horror put us on the edge of our seats! One reviewer say that if you’re a fan of the genre, Eldrich Horror is a must-buy:

We love playing this game! It has everything that you want from an HP Lovecraft themed game, without all the heaviness and clumsy mechanics. If you loved the idea of what AH was but hated actually playing it, this game will scratch that itch and more!

What’s the Difference Between Cooperative and Competitive Games?

Competitive and cooperative board games have their own pros and cons. Below, we will be shedding light on the differences between these types of board games:

Competitive Games
Apart from their enduring appeal, what do Checkers, Chess, Monopoly and other classic board games have in common? They are all competitive games. As the name implies, competitive games pit players against each other to win. And at the end of the game, there will always be at least one winner and one loser. All classic competitive games have different gameplay but they all share this defining point.

Cooperative Games
Unlike competitive game where one or two players win against fellow players, cooperative games require all players to work together as a team to defeat the game, not each other. Cooperative game does not eliminate competition entirely. There will be times when you have to form alliances to stay in the game or cooperate with other players to achieve a common goal. But in the end, all players win together as a team.

Arkham Horror was the first true cooperative game that came out in the market. The 1987 classic was so popular, it spawned a new generation of gamers as well as other co-op games like Reiner Knizia’s Lord of the Rings (2000).

READ
Best Board Games for Children

Because there is little to no competition between players, co-op games promote camaraderie, better social interaction and self-expression.

Bond with Friends and Family
Co-op games make the perfect addition to game night because it’s a great opportunity to bond with friends or loved ones while getting to know each player on a more personal level. There’s no competition between players and with that, the focus is less on beating other players and more of banding together to reach a common goal.

Teamwork
Co-operative play encourages or requires players to work together to beat the game. There is little or no competition between players. Either the players win the game by reaching a pre-determined objective, or all players lose the game, often by not reaching the objective before a certain event happens.

Break the Ice
Cooperative games are best for players who would like to avoid direct confrontation that competitive games bring. Co-op games foster collaboration, allowing each player to express his or her thoughts and actions, promoting social interaction and foster sharing between people.

This type of game is perfect for people who are getting to know each other for the first time because there’s no competition that might cause friction between players. 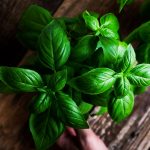 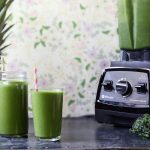