Even in the age of modern technology, there’s nothing quite like board games in their ability to connect people and create a fun-filled environment. For many years, board games have been the saving grace for families stuck inside on wet and windy Sunday afternoons, rescued penniless students from boredom when they’re forced to have a quiet night in, and even fused a few friendships between strangers in societies and clubs.

Listed below are four famous family board games; reviewed and analysed for your convenience to see which one might suit you.

A game of the simplest kind, Connect4 is a classic time-killing brain teaser. The board consists of several rows of empty circular slots, which players drop their own specified colour-coded tokens into. The object of the game is to simply get 4 colour-coded tokens in a row. This can be achieved vertically, diagonally, or horizontally.

Connect4 is rewarding in the way it forces you to anticipate a player’s next move, as well as planning your own. It can teach very young kids how to develop patterns, how to count, and also to expand their minds. For adults, it acts as a healthy stimulating exercise for the brain too.

Very few people have an issue with Connect4, aside from the fact that its incredible simplicity may render it a little tiring after an hour (or more) of play.

One of the world’s favorite board games, Monopoly has been played in a variety of forms for a remarkable time since being introduced in the early 1900’s.

Whilst operating as a basic marker-moving board game, Monopoly has become renowned for its iconic silver playing tokens and how it incorporates the aspects of negotiation and strategy into its gameplay.

Every player is assigned an amount of “starting money”, and then move their token around the board and choose to acquire properties that they land on. For additional fun, players can also land on spots that require them to pick up cards that can affect their position and finances.

By partaking in a game of Monopoly, younger players acquire a further grasp of basic math, the aspect of handling currency responsibly, receive an introduction to the concept of tax, and are also given an insight into issues regarding real estate. Whilst this may seem a little daunting to younger players, Monopoly is designed in a way that is incredibly easy to adjust to and learn.

Rich, detailed and fun, many players find themselves entertained for hours due to the sheer expansiveness of Monopoly. The common grievances when it comes to Monopoly are getting started for beginners and finishing the game – as it can go on for several hours. However, Monopoly is largely a great deal of fun, with several players able to partake and also join in later on if need be.

A classic token-moving game involving card-draws and mischievousness, Sorry! is a terrific way to pass time with a few hearty laughs with your friends and family.

Sorry! involves moving your own tokens, “bumping” other players off, and having a well-earned breath of fresh air when you reach the “safety zone”. Bright, colorful and extremely easy to pick up and play, Sorry! is recommended for the ages of 6-15, but pretty much anybody can partake and enjoy it.

One common complaint about the later versions of the Sorry! board game is that the game itself is flimsy and easily broken. Unlike other board games, the durability of Sorry! appears to be rather weak, and whilst playing tokens have potential to be replaced easily enough, the game itself is rather exposed to substantial wear and tear. You may have to go easy on it.

Candy Land is vibrant, colorful, and wildly entertaining board game designed for kids, packed with warm illustrations that help to stimulate the imagination and keep children amused for hours.

One of the key advantages of Candy Land over other board games is how it does not require children to read to be able to play. This means that kids as young as roughly 36 months can get involved and partake too. The game involves recognition of colors and symbols; and by extension stimulates children’s memories whilst also remaining simple enough for them to follow and enjoy.

The enormously simplistic nature of the game does mean that older players can often tire of it easily. But if you have a child who is between 36 months and five years, you may get a real kick out of seeing them enjoying playing their first board game. 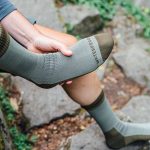 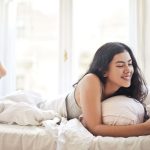