Board games have never really gone out of style but in the last few years a resurgence has occurred. Children especially love playing because it has a tangible mix of colors and shapes that they can hold in their hand and represent themselves in the game. Whether they are playing with friends or alongside their family, they feel part of a process that has a definite reward at the end. From plastic train pieces, ridged checkers or wooden tokens, children experience a sense of pride and accomplishment in deciding what their next move is and how they will get there. Studies have shown the possible negative effects of computer games on children’s brains, includes short attention spans and anxiety; playing board games empowers them to find their way through a journey using only their abilities.

Best Board Games for Children

This is a two-player game in which the players choose a color of game piece and then take turns dropping them from the top into a vertical game board grid. The objective is to connect four discs of the same color next to each other before your opponent.

The positive feedback pertains mostly to the simplicity and accessibility to children of all ages. The instructions aren’t complicated; children as young as four years old can easily learn to play and with the many layers of strategy it can provide a challenge and an opportunity for growth.

However, consumers have described the downside is the overall quality and construction of the modern version of the game. The plastic used for the components has been described as flimsy and the gate on the bottom of the is poorly constructed, causing the pieces to sometimes fall out. Another drawback is, while easy to assemble, the legs have to be removed and re-attached or it won’t fit in the box.

This award winning game travels across North America by train as players collect matching cards to claim railway routes while connecting cities. Points are earned by laying down the most track on the longest routes, the object of is to score the highest number of points. This requires thinking about the future and spatial visualization.

Consumer reviews are mostly positive; the instructions are simple and the game is engaging. Shoppers suggested that the game is a great way for kids to learn the basic United States and Southern Canadian geography. The game has a balance of strategy and chance, which has each game ending differently every time.

The negative feedback refers to the overall simplicity of the game; for some users it didn’t provide enough of a challenge. In addition, the users found that the game had too many pieces; from the little plastic trains, wooden tokens and advancement cards, the pieces were easy to lose.

The Settlers of Catan

Players assume the roles of settlers planning new settlements while developing assets by acquiring resources. It’s a simple premise; gather resources in order to build roads, homesteads and towns. Players are rewarded points as their settlements grow and the first to reach a set number of points wins.

The game has recently been updated to the fourth edition and many of the negative reviews pertain to that change but overall the changes have been met with approval. Reviewers have found that the best addition is the interlocking border placed around the game tiles. The unique layout of the board’s tiles is different with each roll of the dice and strategic play becomes important when you begin to plan the settlements to earn the most points.

Some users have found flaws such as the border fitting awkwardly in some instances. Also, the pieces and game board break down sooner than the pieces from the third edition. Another criticism is that the older expansion packs can’t be used with the most recent edition because the pieces are different; you would have to re-purchase the newer versions of the packs.

The electronic game of memory and mental agility, Simon is comprised of buttons with alternating colors, each producing a different tone when pressed. The buttons light up in a random sequence and the player reproduces the order.

The positive consumer reviews reference their nostalgia but there was also a response to modern technology that users are accustomed to; the buttons are of a similar design of the touch screens used for smartphones. This version has also been met with negative reviews for its functionality and design. The touchpad buttons, as opposed to the mechanical buttons from the earlier generation, are too sensitive and have a lag in response. Consumers were critical of the newer gameplay; the original game’s challenge lay in the gradual speeding up of the sequences, the new version stays at the same slow speed no matter how far you get in the game. 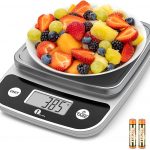 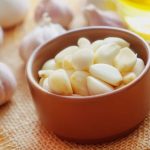