If you don’t play board games because you think they’re for kids, think again. Games are a great way for adults to relax after a long week. They’re great for reducing stress. And most importantly, they’re a fun way to hang out with your friends and family.

A board game night is a terrific way to have a fun time with a group, or to pass the time with your significant other on a rainy day. In this day and age, you are no longer required to choose between Monopoly and Risk.

Best Board Games for Adults

There are many great games designed with adults in mind. Here are some of the best board games for adults:

Described on its own box as “a party game for horrible people”, Cards Against Humanity revels in irreverent, good-natured humor. Like a satirical take on Apples to Apples, Cards Against Humanity’s gameplay is simple: Players take turns playing one white card. Everyone else plays a black card that they think best describes the white card. Chaos ensues.The player who dealt the white card chooses a winner for that round based on whatever criteria they decide.

READ
Best Cooperative Board Games – Work Together and Win

Although the game can sometimes devolve into players simply playing for maximum shock value, the cards are smartly written enough that wit can win the day. This game is already a classic, and at about $25 is a great value, considering that you’ll be playing it at every gathering you have at your home after.

The game includes 550 cards, 460 of which are white cards and 90 black cards, offering innumerable possible rounds for six players. We loved the quality of the card as well as the cheeky questions, especially when paired with funny answers.

If you’re looking for a tame game, this is not it. Some questions/answers can be vulgar so it’s not for everyone. Also, some buyers say the game doesn’t allow for creative answers and this affects the tone of the game.
That said, a fan of this game loved it and guarantees hours of fun playing Cards Against Humanity:

This is not a children’s game, and this is not a game to play with Grandma (unless Grandma has a really effed up and awesome sense of humor). But if you and your friends enjoy laughing at the darker side of life, art, and pop culture. This is the perfect game for your next party.

This game is deceptively simple: Pick a card, read the topic. You now have five seconds to name three things that fit that topic. For example: if you draw the card, “Thing you do alone”, you then have five seconds to provide three examples. This rapid-fire game is great for parties and moves so quickly that it never runs the risk of becoming boring, and everyone gets to their turn without having to wait very long.Some of the cards are subjective, while others are pure trivia. The more subjective cards can lead to debates over the correctness of answers, so it helps to set ground rules on the subjectivity of answers before playing.

READ
Best Board Games for Children

When playing this game, you have to be fast! Each player is only given 5 seconds to answer 3 things that fit the topic. The 5 Second Rule game requires 3 to 10 players. Each package comes with 576 questions, 288 cards and a Twisted marble timer. Although this game is one of the highest rating on Amazon, most buyers feel that the 5 second rule gets too old too fast.

Some questions – as some users claim – can be too difficult or too specific o answer in just a few seconds, which can be a good thing and a bad thing, depending on the players. That said, this buyer say his board game is always a huge hit during the holidays:

This toy was a huge hit at my in-laws on Christmas Eve and New Year’s Day. There were people of all ages and backgrounds, and everyone loved it. There is an awesome little timer and a box of cards. The object is to list three of some subject listed on the card – in five seconds!

Billed as “The Game That Tells It Like It Is”, What’s Yours Like? will test your verbal creativity. To play, one player in each round is on the “hot seat”. The player on the hot seat reads a card with an object on it, such as “hat” or “swimsuit”. The player then has to describe what “theirs is like”- ie. “mine is blue” or “I’m always wearing mine”- while the other players try to guess what the card says.

READ
Best Board Games to Play with Your Family

What’s Your Like is a rare party game that really tests your creative thinking, while still being appropriate for the whole family.Like many games centered around creativity, the level of fun can vary based on how much fun the players are willing to have with the descriptions, but the simplicity of this game makes it a great choice for family gatherings.

This game is also suitable for children (12 and above) and adults alike. It requires at least 4 players. The game comes with 496 Guess Words on 248 Word Cards, 35 Challenge Cards, 5 Blank Cards, 2 Clue Boards, 2 Markers, Card Concealer Folder.The premise of the game is simple enough but it can get pretty vulgar really quickly if you’re playing this as an adult. The game will challenge your creativity and it a fun game for any age. The downside is that the point system can be a little confusing at first and there’s no eraser for the white board. That said, this gamer loved her What’s Yours Like? board game, saying it is a must for all board game lovers:

OMG I love this game so much! We have a big game night every 2 weeks & our favs were taboo, balderdash, catch phrase & last word but now this is our ultimate favorite. But we added a big rule that i think is a must for this game!

The Game of Things

The Game of Things takes the bold humor of Cards Against Humanity and makes it really personal. During each round, one player reads a card- featuring questions like “things you wished worked with a remote control” and “things a chimp thinks about when he sees you at the zoo”- and the other players write down their answers anonymously. It is then up to the other players to guess which of their friends wrote which answers. The results can be surprising and hysterical, usually at the same time.The element of guessing who wrote what is what really sets The Game of Things apart. It adds to the humor and the strategy of the game, as players go for laughs while trying not to provide answers that will too easily reveal their identity. The game comes with 300 topic cards, 1 response pad, 1 score pad and 8 pencils.

If there’s one drawback to The Game of Things, it’s that the requirement of having every player write answers down for each question can make the gameplay move pretty slowly compared to the other games on this list. The Game of Things is the priciest board game on this list at $29.99 but it’s one hilarious game for those willing to invest. As this Amazon reviewer puts it, it’s an unforgettable game, for sure:

This is one of those games that has to be tried out, and once you do, it’s really funny. What it does is bring out the comedian in everyone. We’ve played the game where people in the group are still reminding each other of one particular answer a year later.

Why Get a Board Game?

In the advent of smartphones and the internet, it’s rare for most people to sit down and bond with their friends playing an actual board game. Let’s face it, virtually everyone with a smartphone spent hours playing addicting games, such as Flappy Bird or Candy Crush. An old school board game is not just a kid’s game, it offers hours of fun too!

You’d be surprised that your favorite board offers a lot of health benefits too! Apart from sharpening your wits and improving memory, board games slow down the aging process; it’s a great cognitive exercise. In addition, engaging in a friendly competition strengthen the bond between friends, reducing stress and alleviating social anxiety. If you have a lot of time in your hands, call your friends over and play a game to pass the time.

How to Plan a Board Game Party

Choose the Right Game
This is a no-brainer, you want to choose entertaining board games to break the ice, keep the convos flowing, and prevent things from dragging down. Our list of cool board games for adults is sure to keep your friends entertained all night long!

Set the Purpose and Time
Explain what the activity is all about, don’t just randomly bust out the board games in hopes that your friends are into it. Just state what the evening is all about, what games you can offer and teach those who are not familiar with the chosen game.

Ideally, you want to play a board game after dinner, just as everyone’s comfortable and ready for a night of fun. Of course, set the time but don’t be too strict about it especially if you have a large group of people coming into your home.

Explain the Game
You cannot expect everyone in your circle to know a certain game to heart. Some people may not be familiar with say, Monopoly, Snakes and Ladders, and other games. And those that do know these games may not be all too familiar with the rules. So, explain the game in detail before setting up. Start with the goal of the game, how to win and take it from there.

Go for Variety
While there’s nothing wrong with playing a single board game, we’d recommend offering two or more board games for you and your friends to choose from.

Offer Snacks and Drinks
Game night won’t be complete without snacks and drinks so make sure there’s enough food for everyone but keep them on the side to avoid any accidents. 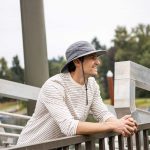