If you plan to freeze tomatoes, they are virtually tens of possible combinations (blanched, not blanched, peeled, unpeeled, cut, shredded, etc.) and in this article we will go through the most important info you need. After reading this article you should be able to simply go and freeze those tomatoes!

How to freeze tomatoes?

Before we will go through all the things you can do to freeze tomatoes, let’s talk for a second about few things you should know before even freezing this red fruit (tomatoes are considered vegetables for culinary purposes though). Freezing has an effect on tomatoes – they become mushy after thawing. That’s why freezing tomatoes is only recommended if you plan to use them in a cooked dish, like a stew or a soup. Using frozen and thawed tomatoes in raw dishes might not be the best thing to do.

READ
Can You Freeze Dates?

As I’ve mentioned above, freezing has an effect on the texture of a tomato, therefore only the best tomatoes should be frozen, so they will still be quite good after thawing. When picking them for freezing, choose tender and free of blemish ones. Of course make sure they’re ripe too! If you cultivate tomatoes on your own, the best day to freeze them is the day to harvest them.

Once you’ve picked the right ones, wash them under running water (without any detergents, etc.) and dry them with paper towels. Now they’re ready for the next step.

To blanch or not to blanch

Blanching is a process used quite often when it comes to freezing vegetables, although almost always it’s optional (as in this case). The whole process suppresses some factors (enzymes and bacteria to be exact) that cause spoilage and taste and texture change in a vegetable. That’s why many people recommend it, especially if you plan to freeze veggies for a longer period of times. If you plan to use those tomatoes within a few months, it’s might not be really worth doing. The choice is yours.

READ
Can You Freeze Spaghetti Squash?

How to do it? Bring a pot of water to a boil, put the tomatoes there for about two minutes and right after than cool them down in cold water. Now you just need to dry them and you’re ready for the next step.

To peel or not to peel the tomato

It’s another thing you might decide to do, but it’s not necessary. Consider what you plan to do with those tomatoes later. If you’ll need them peeled, then peel them. If you’ve blanched them, you should be able to easily peel them after taking from the cold water. You can also decide to peel the tomato right before using it. Take the frozen vegetable and put it under running warm water for some time. Now you should be able to quickly take of its skin. Peeling a raw tomato that isn’t blanched is probably the most time-consuming way to do it.

Here’s the step where you need to decide what to do based on what purpose the frozen tomato will serve in the future. First off, cut the tomato’s core out, you won’t need it. Now there are quite a lot of options: you can leave the tomato whole, cut it (in halves, quarters, etc.), chop it, puree it or even remove the seeds. Do whatever seems to be suitable for the dish the tomato will be used in.

READ
Can You Freeze Yogurt ?

You don’t need to panic, this step is optional too. If you’ve chosen to leave the veggies whole or cut them in halves or quarters, you might wish to pre-freeze them. This way you’ll be able to easily scoop as many tomatoes from the freezer as you need at a time, because they won’t stick to each other in the freezer bag or container they’re in.

How to do pre-freeze tomatoes? Take a cookie tray (you might wish to line it with parchment paper) and transfer the tomato pieces you’ve prepared on it. Make sure the pieces don’t touch one another. Now put the cookie tray into the freezer for few hours. After that, those frozen pieces are ready for the next step to come.

Now we’re ready to freeze the tomatoes. First off, you need an airtight container or a freezer bag, depending on you preference. If it’s a container, make sure it won’t leave much head-space after transferring the tomatoes. If it’s a bag, squeeze most of the air out before sealing it (but make sure to leave some space). Now pack the veggies, label the package and put it into the freezer.

How long the tomatoes can be frozen and how to thaw them?

If the tomatoes aren’t blanched, most sources suggest using them within a few months. Blanched will last longer without significant loss of quality – even up to a year. Please remember – don’t refreeze once frozen and thawed tomatoes.

The best way to use them is to actually transfer the frozen pieces right into the dish you’re preparing. Another way is to simply get as many pieces you need from the freezer (or even the full package) and thaw them in the fridge

As you already know, there are dozens of options when freezing tomatoes and in most cases you’re the one who has to decide which one is the best for your needs. The best way to figure that out is to simply try out few different combinations and decide what works best for your needs. I hope that this short guide have helped you with freezing tomatoes. 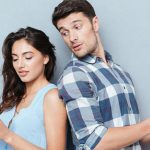 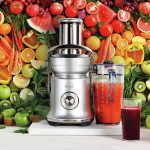