If you’re looking for a way to preserve cilantro for longer, there are basically two options: drying it or freezing it. In this article we will talk about the latter.

How to freeze cilantro

As many other veggies, frozen cilantro works best only in cooked dishes (like soups, stews, etc.). Freezing it to add it into a salad isn’t the best choice because after thawing its appearance will change and it definitely won’t look great in your salad (although you might try blanching it, but probably it won’t help that much). As mentioned earlier, using frozen cilantro in cooked dishes in most cases works out well, but I suggest you test it out once or twice to be sure you’re happy with the end result.

Wash cilantro under running water and remove any impurities, then dry it (a paper towel works well). Now it’s time to cut out any discolored leaves (those brownish or yellowish ones) and stems. The last thing in this step it chopping cilantro in whatever fashion you want. Now you can choose one of the following methods: normal freezing or freezing cilantro in ice cubes.

READ
Can You Freeze Broccoli?

This method consists of two steps. The first one is pre-freezing. Take a baking sheet (or a tray) and line it with wax paper. Then it’s time to transfer chopped cilantro onto the cookie sheet. Spread those particles evenly throughout the tray, possibly in a way that they don’t touch one another or at least not in large groups. Then transfer the baking sheet into the freezer and keep it in there until cilantro leaves are frozen. Take the tray from the freezer and then transfer its contents into freezer bag (or bags). Squeeze out as much air from the bag as possible and seal it. Label the bag and put it into the freezer. Choose the place in the freezer where the bag will be kept wisely, so other large items won’t crush those thin leaves.

Here’s another way to freeze cilantro, although you should remember that it takes considerably more space in the freezer than the previous one. It probably takes even less time to freeze cilantro this way than if you would’ve frozen it the typical way. Start with getting an ice-cube tray. Add a few leaves into each cube, but make sure they don’t stick out of it (we want all of the leaves to be fully covered with water). Now pour some water into each cube, making sure the leaves are fully covered. Once done, put the tray into the freezer and keep it in there until ice cubes are formed. Once done, take the tray from the freezer, transfer those ice cubes into freezer bag, remove excessive air from it, seal it and put into the freezer. Done.

READ
Can You Freeze Strawberries?

Summary
Both of the described ways of freezing cilantro give you the possibility to easily scoop few leaves from the freezer bag. In you’ve decided to freeze cilantro the typical way, you can omit pre-freezing, although it will make the leaves glue to each other in the freezer and getting just a few leaves from the bag will take some time and hassle. I suggest you try out both ways of freezing cilantro to find out which one works better for your needs. 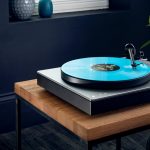 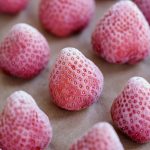