If you’ve ever though if freezing celery makes sense, the best answer is: it depends on how you plan to use it in the future. If you’re interested when freezing celery is a good idea and how it’s done, read on!

How to freeze celery

As mentioned earlier, freezing celery makes sense only in certain cases. Similarly to many other veggies, celery consists mostly of water, therefore freezing has a noticeable effect on it. Frozen and thawed celery becomes mushy, so using it in a salad (or any other raw dish) isn’t a good idea. Even though celery isn’t the main ingredient, chances are you will notice that something is clearly wrong with it. If you, however, will use it in a cooked dish (e.g. in a stew), you won’t spot the difference. Therefore, the rule of thumb is: use frozen celery only in cooked dishes.

Not much to do here besides the obvious things. Wash the celery under running water and chop it. Please note that you will add frozen celery directly into your dish while cooking (no thawing), so make sure they are chopped properly.

READ
Can You Freeze Salsa

Blanching is a process that prevents some changes (e.g. change of taste) in the veggie when frozen. It’s optional, but if you plan to freeze celery for a long time, it’s recommended. Testing it out a couple of times is a good idea, you will learn whether it really helps in your case. So, how is blanching done? First, bring a pot of water into a boil and add the chopped celery into the boiling water. Keep it in there for about 3 minutes (less, if the pieces are rather small), take the veggies out of the water and quickly cool them down. A pot or sink of cold water will do the trick. Pat them dry – they are ready for the next step.

This step is also optional, but quite helpful. If you’ll pre-freeze chopped pieces of celery, you will be able to easily scoop just a spoonful of them from a bag instead of having to use all its contents at once because the veggies have frozen into a large clump. Pre-freezing is done by transferring pieces onto a baking sheet in a way they don’t touch each other, putting it into the freezer and getting it out when the vegetables have frozen. Done.

READ
Can You Freeze Mashed Potatoes

Probably the best option for freezing celery is using freezer bags. If you haven’t pre-frozen chopped veggies, I suggest using few smaller bags instead of a large one. After transferring the veggies into the bag, push all the air from it (you can even use a straw to help yourself). Label and date the bag and put it into the freezer. You can keep it there even for a year, but remember that if you haven’t blanched the veggies, you might not be that satisfied with their quality.
Summary
As you can see it’s pretty easy to decide when freezing celery makes sense and when not. The whole process is pretty easy and not very time-consuming too. Give it a shot and decide if you’re satisfied with the outcome. 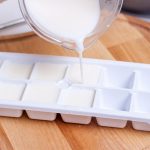 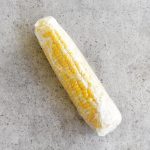