Even though in most houses freezing bacon isn’t an option just because it’s eaten within a few days after buying, sometimes you might actually want to freeze bacon. If that’s the case, read the rest of the article to learn the most important things about freezing bacon.

How to freeze bacon

First thing you need to know is that you can freeze both raw and cooked bacon. As a matter of fact, cooked bacon freezes better than raw, so if you plan to freeze this meat for a longer period of time, it’s better to cook it before freezing to get the best possible results. If you’re cooking bacon you know that will be frozen, cook it to a level slightly below you usually cook it. One thing you need to remember – sometimes bacon seems to be somewhat salty after freezing and thawing – that’s because freezing draws out some of the water from it.

If the package isn’t opened yet, you can transfer it directly into the freezer. If you know bacon will stay there for longer than a month or two, wrapping the original packaging is what you want to do. You might wrap it with freezer wrap or put it into a freezer bag or airtight container. Just make sure it’s wrapped well to avoid freezer burn.

READ
How to Freeze Carrots

If the package is already opened, you have quite a few options. The easiest one is quite similar to the previous method – transfer bacon into a freezer bag or airtight container (make sure there’s as little space in the container as possible, to avoid freezer burn), seal it tightly and transfer into the freezer. If it will be stored there for more than 1-2 months, cover bacon twice.

You can also decide to cut bacon into thick slices, so you’ll be able to easily thaw just a small slice instead of thawing the whole bacon. Make sure you first wrap each slice individually using freezer or plastic wrap and then transfer all slices into a freezer bag (remember to squeeze out all the air). Thick slices work well, as they freeze quite well, thaw quickly and you don’t have to individually wrap a gazillion of slices.

When freezing raw bacon, it’s recommended to not keep it in the freezer for longer than one or two months. Of course it won’t go bad, but it’s quality will slowly drop and you might not be satisfied with the outcome after a longer period of time. If you want to freeze bacon for longer, consider cooking it first.

READ
How to Freeze Avocado

As mentioned earlier, cook the bacon to a level a little below you usually cook it. After that drain it and wait until it cools down. Now it’s time to package it. Your options are the as in the case of freezing raw bacon – you can decide to freeze it whole in a freezer bag/container or cut it into slices, wrap each slice and then put into a freezer bag. It’s up to you – choose the method thaw will work finest for your needs. It’s recommended to not freeze cooked bacon for longer than 3 months, but there are also people who have frozen it for longer than half a year and still were satisfied with the outcome.

Frozen bacon can be put directly onto the pan to cook it, or if you’d like to accelerate the process a bit, you can put it for a few minutes into the microwave to thaw it a little beforehand.

As you can see, freezing bacon isn’t that difficult. Remember – if you want to freeze bacon for a longer period of time, make sure you cook it before freezing – cooked bacon freezes better than raw.

READ
How to Freeze Celery 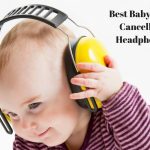 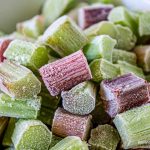