Known for its intoxicating aroma, vanilla has been used for centuries to add flavor to our culinary delights, beverages and as a fragrance for perfumes. It is claimed that it has restorative properties that will add to your well-being. Whether those claims are true is a matter of perspective; however, chefs around the world, and anyone else who has experienced vanilla, knows that when the recipe calls for it, you need to have it on hand, or the outcome will not be the same without it.

Vanilla extract should be stored in a dark, cool place. Do not store it over the stove, or in sunlight. If you do, then it will not last as long. Most recipes call for small quantities of vanilla flavoring, so when purchasing vanilla, large quantities are not necessary. This will enable you to use your vanilla for your delicious treats, and not have any waste.

Since one of the ingredients of pure vanilla extract is alcohol, it has an indefinite shelf life if it is stored properly. Imitation vanilla extract, on the other hand, has a shelf life of two to four years. Pure vanilla extract has a price that is a little higher than the imitation varieties, but the flavor of the pure product is far superior. When kept in a tightly sealed bottle, away from moisture, heat and sunlight, it can last for a long time.

Determining if your Vanilla Extract is bad

Is it bad? Yes, vanilla extract can go bad. Now that you have found it in the back of your cupboard, you can quickly determine whether it is still usable. Does it past the smell test? If it is too old to use, it will have lost its rich vanilla odor aroma, which will indicate that the vanilla flavor that you desire is gone, too. Sediment may have fallen to the bottom of the bottle or it may appear cloudy.

Vanilla and chocolate were introduced to Europe by Hernando Cortez, in the 1500’s, were it quickly became a luxury enjoyed only by those of wealth. Cortez had witnessed the emperor, Montezuma drinking a beverage called ‘Choclatl’, made from cocoa and cured vanilla beans.

Montezuma believed that it held magical qualities and it did for Cortez, as the Spanish had the corner on the market due to the inability to cultivate the plant anywhere but Mexico, where Cortez had a foothold at the time. The Vanilla plant requires cultivation by a Melipona bee that lived nowhere else but Southeast Mexico. Without the bees, the orchids would not produce the beans. This gave the Spanish exclusivity until a method of hand pollination offered the ability to grow the precious orchid in other areas of the world. 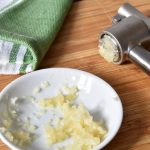 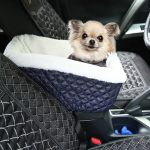