Coconut oil has only recently shaken off the sorted reputation as being one of the worst oils to being one the best. In the early 1980’s the ASA (American Soybean Association) funded a study that found unhealthy levels of saturated fats in coconut oil, the results stipulated that coconut oil had an overabundance of saturated fat, which had been known to raise cholesterol levels. It has since been countered with another study that analyzed the quality of the fats; less long chain triglycerides and more of the medium chain. Compared to other fats such as butter or vegetable oil, coconut oil has a more balanced makeup and falls into a “superfood” category. None of this is new, however, to the cultures that have had coconut oil as a staple in their diets for years; what they already know about the positive effects is only now being brought to the wider attention in this country.

Coconut oil is most suitable for storage in a cool, dry pantry and depending on the variety of coconut oil can last between eighteen months and two years; the unrefined, extra virgin variety can last close to four years under the same conditions. Although it can be stored in the refrigerator, it is not encouraged because the coconut oil it will be more difficult to use as it will become hardened and harder to scoop and spread.

Coconut oil is available in both a glass or plastic but glass is recommended because there is less risk of toxins from the plastic leaching into the oil, which can shorten the shelf life of the oil. If you prefer plastic over glass, make sure that the plastic container is BPA free which protects you from leaching.

Some recipes will call for the oil to be melted first before infusing powdered spices or extracts and then cooled to a solid state. Coconut oil is unique in that it can be brought from the liquid state to the solid repeatedly without affecting the overall shelf life and effectiveness. The product is better stored in a cool and dry place, which keeps the oil in a form that makes it easier to handle. Coconut oil’s high levels of saturated fats make it slow to oxidize and therefore rancidification is not as common as with other oils. The longer shelf life has to do with two classifications; the molecular structure t of the medium chain triglycerides and the nature of the oil – refined versus unrefined extra virgin. The unrefined has not been bleached of its true microbial properties so it takes much longer for the oil to break down.

Although coconut oil has a relatively long shelf life, spoilage does occur if the oil isn’t stored correctly or hasn’t been used within two to four years. The signs of rancidification are clear and can easily be established if you know what to look for. A healthy coconut oil will be white when in solid form and clear when liquid; if the oil is yellowish in color when melted it or blotchy when solid, it has spoiled and should be thrown out. Depending on the kind of coconut oil, refined or extra virgin, the smell differs; refined is odorless while extra virgin has a slight coconut odor, however if there is spoilage the oil will smell and taste bitter. To help insure that the coconut oil stays fresher longer, always use a clean spoon to scoop out the amount that you use rather than using your fingers which can introduce outside impurities into the jar. 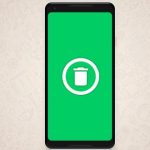 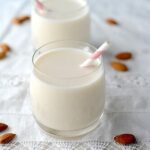