A diet with lots of fresh produce is the healthiest decision for you and your family, but it’s not always easy to make this happen on the typical family’s budget. You can save money by stocking up on certain foods, such as spaghetti sqaush, during the growing season when it’s more readily available, or when there are sales or farmers markets to help cut your costs. This makes it more difficult to eat everything before it goes bad, however.

One option people sometimes use to get longer life out of their produce is to freeze it, but some produce is harder to freeze than others. Can you freeze spaghetti squash? You can, but it can get mushy after defrosting if it’s not done right. Here are a few tips for freezing spaghetti squash.

Cook Your Spaghetti Squash Before Freezing

Before freezing, you will need to cook your spaghetti squash. To cook a spaghetti squash, preheat your oven to 375 degrees. Cut the squash in half lengthwise and coat the cut sides with olive oil, then cook both halves cut side down on a baking sheet or glass baking dish for about 40 minutes. The cooking time may vary depending on the size of the squash, but when the squash is fully cooked, you should be able to easily stick a fork in its rind. Don’t overcook it, as it will make it mushy, and contribute to the texture issues that freezing can cause!

How to Prep Cooked Spaghetti Squash for Freezing

Freezing cooked spaghetti squash tends to make it mushy if not done right, so how you prep it for freezing is very important. First, be sure to separate the spaghetti-like ribbons of squash with a fork and take it all out of the rind, just as you would if you were going to eat it right away. Before freezing your spaghetti squash you’ll need to take the extra step of draining it very well, preferably in a colander in the fridge overnight. Draining as much water out as possible will make it less prone to mushiness after freezing.

One way to freeze spaghetti squash is to plan to reheat it in a skillet. Frying it makes it crispy and keeps it from getting mushy. To do this, separate the spaghetti squash into smaller portions and seal in freezer bags, so that you can defrost only what you need.

Be sure to freeze the squash without combining any sauces with it, to make it less likely to get mushy. When it’s time to defrost the squash, cook it in the frying pan with Parmesan cheese, spices, or whatever else is desired. Frying it will give it a crispy texture, instead of letting it get mushy.

READ
Can You Freeze Smoked Salmon?

Spaghetti squash can also be used in casseroles that are then frozen, to be reheated in the oven later. Combine the cooked spaghetti squash with the other ingredients, and then put in a baking pan. Simply freeze the entire pan without cooking it. When it’s time to cook the casserole, simply preheat the oven and cook for 25 to 30 minutes, depending on the recipe and the size of the casserole. Making a casserole with the squash will help to resolve its tendency to get mushy.

Spaghetti squash can last six months in the freezer if you prep it right, but it’s probably best if you eat it within a couple months. It’s not impossible to freeze, though, so feel free to stock up on this delicious vegetable next time you see it on sale! 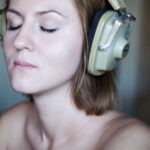