Ricotta cheese is a versatile Italian whey cheese used in a variety of recipes. Creamy and white, like delicate pearls, ricotta curds possess a subtle and refined sweetness. Though superficially similar to cottage cheese in appearance and texture, ricotta is considerably lighter than its likeness.

Ricotta is a highly perishable cheese and, consequently, was most likely consumed for most of its history by the poor Italian shepherds who produced it. It is now commonly-used in a range of Italian desserts, including cheesecake and cannoli, and is also employed in savory dishes like calzone, stromboli, pizza, lasagna, and ravioli. Italian cooks sometimes mix ricotta cheese with sweeteners and spices to produce a simple yet satisfying dessert.

In America, ricotta is often sold in large portions. As a result, many chefs find they are unable to use all of it when preparing their dinners and desserts. If you’ve prepared cannoli filling or lasagna at home you understand the frustration that comes from using a small amount of ricotta cheese and having nearly a full container of it remaining. Nobody likes to waste food, especially when it’s as delicious as well-made ricotta can be.

READ
How to Freeze Basil

If you are a budget-savvy homemaker, you can freeze your leftover ricotta cheese. You just need to be aware that the freezing and thawing process will change its texture appreciably, making it less viable in certain recipes. 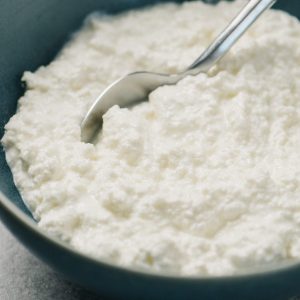 Whole milk ricotta is a better candidate for freezing than skim milk cheese. The richness of milk fat will help the cheese maintain some of its natural creaminess and unctuousness. Skim milk ricotta, once frozen and thawed, tends to become grainy, dehydrated, and unpalatable.

The textural changes that affect thawed ricotta make it better-suited for cooked recipes than for those requiring fresh cheese. It can be excellent in baked goods and can still be incorporated into baked pastas and casseroles. Frozen ricotta, once thawed, makes for a sublime addition to pancakes, lending them a moistness and airiness they can sometimes lack.

To freeze ricotta cheese, you should remove it from its original packaging and transfer it to freezer-safe airtight containers or freezer bags. To prepare the cheese for freezing, first drain it by pressing down on it with a stack of paper towels. Next, wrap the cheese in plastic wrap and place it gently in a freezer bag. Make sure to squeeze the air out of the bag. Finally, you should label and date the bag to ensure you use it within the next few months.

READ
How to Freeze Tomatoes

Ricotta cheese begins to deteriorate after just a month in the freezer. It will remain safe to eat, but will become progressively less palatable. It will quickly become watery and bland and, like all soft cheeses, should not be consumed more than six months after freezing.

To ensure your cheese retains many of its textural characteristics, you should separate it into smaller servings, ideally of no more than eight ounces.

When you are ready to use your frozen ricotta, simply move it to your refrigerator and give it twenty-four hours to thaw. Never thaw it on your counter, as this will encourage bacteria to grow in the cheese. Once the cheese has thawed completely, place it in a bowl. It will appear watery and lumpy, but you can remedy this by using a spoon to combine the separated curds and whey before use. This will restore some of the cheese’s innate creaminess.

You should use your ricotta cheese as soon as possible after it’s been fully thawed. Do not attempt to freeze it a second time.

Ricotta’s delicacy and creaminess—the very properties that make it so appetizing—also make it a finicky candidate for freezing. If you understand that frozen and thawed ricotta will only be suitable for cooking and cannot be used in fresh applications, you can safely make use of your leftover cheese, however.

READ
Can You Freeze Honey? 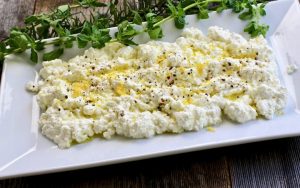 Thawed ricotta can be effectively used in lasagna, manicotti, and cannoli fillings and will be most successful in a cooked dish in which the cheese is not the featured component. By cooking thawed ricotta you can mask its altered texture. If you feature it prominently—for instance, in a cheesecake—the final product will reveal that the cheese’s properties have been compromised.

While you can freeze ricotta, a better way to use it is to prepare a full recipe using all the ricotta you have purchased and then freeze the resulting dish. Ricotta cheese sealed in ravioli or baked into a casserole like lasagna will endure freezing more successfully than it would in its original state. 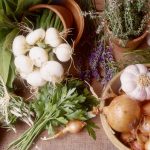 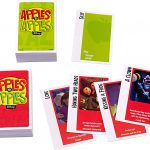