Freezing seems to be what comes to mind when you find yourself with with way too many oysters. The best tasting oysters grow in cold water, while the general rule of only buying oysters in months that have an “R” (September-April) doesn’t have to be strictly followed it does guarantee better quality shellfish. For the real oyster enthusiast though, it can be hard to make it through the summer months without getting a briny fix. When oyster prices drop in the fall, no one can blame you for going a little crazy and over-purchasing. Or, if you’re an oyster lover who’s in-the-know and you mail order your favorite oysters from around North America, it can be easy to end up with more oysters than even the most voracious appetite can eat in three days. However, there’s simple solution – freezing.

Granted, fresh and raw are most of what there is to love about oysters and freezing will change the texture and flavor of oysters. Shucking and slurping is without a doubt best saved for the colder months, but no matter what the freezer is better than the trash for extra oysters. Oysters can be frozen both alive in the shell and after they’re shucked with the oyster liquor. But since the freezing process kills them, thawed oysters will need to be cooked. There are great recipes available for stews, stuffings and chowders making frozen oysters a delicious winter treat from your own freezer.

When deciding whether to shuck first or freeze in shell, keep in mind the additional space that shells will take up in your freezer. But since they open slightly as they freeze, frozen oysters are much easier to shuck if you have the space to spare. In the freezer, oysters have a shelf life of approximately one to three months so you getgreat grilled oysters all summer long. When freezing in-shell, scrub the exteriors completely clean–no one wants to deal with melting mud and grit when defrosting. Place the shells in moisture-vapor resistant bags to prevent freezer burn, and when ready to cook just pull out the number you’d like to defrost. Be sure to discard any oysters that have already died prior to freezing.

To save space or to get the shucking done ahead of time, oysters can be frozen immediately after shucking. Wash shells well and get rid of any oysters that have already died. You’ll want to save all the delicious liquor, so shuck over a strainer in a bowl or other container. It’ll also make it a lot easier to check both the liquor and oysters for any pieces of shell. Because you’ve already saved the liquor feel free to rinse the oysters in the strainer to get rid all the sand. Put the liquor and oysters into a container or freezer bag that has no more than a half inch of air space in the container. It’s ok to add water to the liquor if there’s not enough to submerge the oysters.

READ
How to Freeze Rhubarb

Because they’re highly perishable improper defrosting can spoil the flavor of the oysters easily, leaving a fair amount of room for disappointment after going to all the trouble of freezing them. For oysters that are already shucked, place the frozen container with the liquor into a larger container in case there’s any leaking as it defrosts; you don’t want to lose any of that delicious liquor! Oysters in the shell can be removed individually from the bag or container so it’s a lot simpler to defrost the exactly how many you want. Move the oysters from the freezer directly into the refrigerator, and anticipate they will be fully thawed in 20-24 hours. Be sure to cook them the same day they defrost. No matter what, do not refreeze the oysters, once they’re thawed if they’re not used then unfortunately it’s into the garbage with them.

For folks who end up with a surplus of oysters for any number of reasons, transitioning great raw shellfish into a delicious addition to any number of recipes is easy with freezing. Especially if you have a favorite source of oysters and want to add a specific flavor palette to summer cookouts or chowders whether it’s creamy, coppery, sweet or briny; freeze your favorites for great cooked oysters year round. 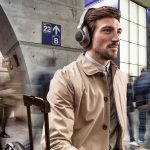