Coconut milk is a milk alternative that is frequently used in Asian cuisine. It is also commonly used as a fat source for people following the Paleo diet. However, unless you are cooking with coconut milk on a daily basis, it is unlikely that you will be able to use an entire container before it goes bad. This article will explore how to properly store and freeze coconut milk.

Coconut milk is typically sold in sealed tin cans. These cans can be stored unopened at room temperature in a pantry and have a shelf life of several months. However, once the can is opened, the coconut milk should be stored in the fridge in an airtight container. Under these conditions, the milk should remain good for several days and possibly up to a week. Freezing coconut milk will extend this time frame from days up to a few months.

READ
How to Freeze Bananas

Can Coconut Milk Be Frozen?

Yes, like most liquids it is possible to freeze coconut milk. However, when coconut milk is frozen, there will be a change of texture to the liquid. While it is still perfectly safe to consume coconut milk that has been frozen, this textural change must be taken into consideration, as it may affect the outcome of your final product.

Fresh coconut milk is typically a smooth liquid, similar similar in weight and texture to milk or cream. After it has been frozen, coconut milk becomes a bit thinner with a grainy texture.

Coconut milk may separate when frozen into a thinner liquid with a denser layer on top. Simply stir or shake the coconut milk until it becomes a homogenous mixture once again.

How to Freeze Coconut Milk

Freezing coconut milk is simple – just place the unused milk in an airtight container, such as a storage container with a lid or a sealed plastic bag, in the freezer until you need it again. Another option is to pour the coconut milk into an ice cube tray. Once frozen, you can remove the cubes and place them in a sealed plastic bag. Each cube is approximately 1 ounce of liquid. This is a great option if you typically use small quantities of coconut milk.

Thawing coconut milk takes a long time – probably a significant amount more than you might expect. If you plan to cook with coconut milk, ideally you should move it from the freezer to the refrigerator several days in advance. While many frozen liquids will melt after spending a day in the fridge, frozen coconut milk will still be frozen solid at this point. 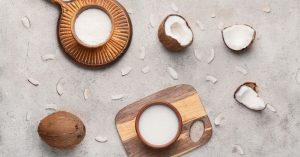 If you are in a hurry, you can thaw coconut milk by using the defrost setting on your microwave. Place the frozen coconut milk in a microwave safe container and warm it for 10 to 15 seconds at a time, stirring in between, until it is completely melted. This process can also be done in a sauce pan on the stove top.

Should I Freeze Coconut Milk?

Whether or not you should freeze coconut milk depends on how you intend to use the coconut milk. If you are using it in an application where the consistency matters, such as using it as creamer in a cup of coffee, then you probably would not benefit from freezing coconut. However, if you are using it in sauces or other dishes where it is only a small portion of the final product, freezing coconut milk is a great way to use all of the product before it spoils. 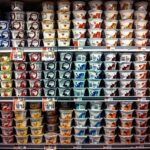 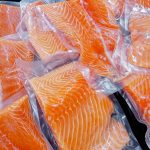