Today, almond milk is used as a milk substitute particularly by people who prefer it to conventional dairy milk because it is lactose-free. A very popular question about it though is whether one can freeze almond milk. Yes, almond milk is freezable, and this is why.

Since homemade almond milk does not contain preservatives, its shelf life tends to be very short. Therefore, depending on how much almond milk is made against the one consumed, it may be best to consider freezing. Additionally, freezing almond milk conserves the quality and freshness of the milk.

How to Freeze Almond Milk

Making almond milk involves soaking the almonds for about 12 hours and then blending with a little more water after which the almond milk is strained. A cheesecloth is used to filter the milk to prevent the almond powder and the liquid from separating. This helps remove any bits of almonds before freezing your almond milk.

READ
Can You Freeze Ham

The fastest and simplest way to ensure that your almond milk is frozen is by the use of ice cube trays. Set the ice-cube plate in the freezer and then pour the milk into the trays, this way; you will be able to make almond milk ice cubes making it easier to remove one or two ice cubes at a time for defrosting or a full tray.

How the milk tastes and looks are two vital factors that people usually consider. These changes are noticeable, and that is probably why most manufacturers discourage freezing. For example, frozen almond milk separates unevenly reducing the visual quality, consistency, and the texture of the milk.

Similarly, there are high chances that after defrosting almond milk, the shelf life decreases drastically than regular almond milk. Fortunately, freezing affects only the taste and color but does not influence the nutritional value or safety of almond milk.

READ
How to Freeze Avocado

As mentioned earlier, numerous brands in the market do not recommend freezing their almond milk because it alters the quality and uniformity of the milk. Nevertheless, the quality of the almond milk should stay the same so long as the milk remains unopened and stored in a way that the manufacturer advises. For example, some manufacturers might require you to keep the milk in a cool place such as a pantry.

In the case of homemade almond milk, store it in the refrigerator in a tightly sealed glass jar to prevent the milk from taking on the flavors of other foods in the fridge. A glass jar is used when if the milk is for later use.

Manufacturers usually set the approximate date for which the product should not sell beyond. If stored properly as recommended by the manufacturer, almond milk can last for a few more weeks. Of course, it will not go bad the next day after the sell-by date, but it is paramount to ensure that you check if it is bad before taking a glass or two.

READ
Can You Freeze Oysters?

For homemade milk, the shelf life is usually short of up to five days after which the milk may start deteriorating. This is because homemade milk lacks preservatives. Do not wait for the milk to go bad, it is better to consume it early.

How to Tell If Almond Milk Is Bad

Whether you decide to freeze or not to freeze your almond milk is your choice. However, if you like almond milk because of its taste, then freezing is not a wise choice. This is because most items lose their original taste after refrigeration. But with all other factors constant, freezing almond milk prolongs its shelf life. 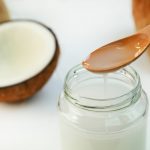 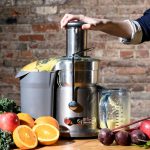