One of the most popular alcoholic mixers in the Western world, vodka is a deceptively innocent-looking distilled spirit with a strong, vibrant kick to it. Its clear, transparent, water-like appearance is a cunning mask for a beverage that often consist of a minimum of 40% alcohol content, and perhaps it should come as no surprise that the word “vodka” is in fact Russian for “little water”.

Vodka originated in Eastern Europe, and many countries in this vicinity continue to drink it in its traditional “neat” fashion – without ice or mixer. Much of the rest of the world however tend to use vodka to spice up cocktails, knock back as party shots, or to put an alcoholic spin on typical soft drinks such as coke and lemonade. Served by the bottle for a wide range of prices, vodka remains one of the world’s most important alcoholic spirits, remaining curiously popular and held in high regard by the upper, middle, and working classes all over the globe; regardless of country.

How To Store Vodka?

Given its nature as a stable, distilled spirit; vodka has the potential to last indefinitely providing that it is stored correctly. An unopened bottle of vodka that is stored in a dark, cool environment can last for an indeterminate amount of time, and even if it is opened forty years down the line, it will still taste virtually the same as it would have done if drunk when first purchased.

READ
How to Freeze Broccoli

Another great thing about vodka is that it doesn’t really “go bad”. Vodka that has been opened will take a long time to suffer any kind of damage, and if it continues to be stored in a cool, dark environment away from heat and light, chances are that it will be safe to drink. However, any opened vodka – regardless of safe storage – will grow weaker over time once the cap has been removed. It will often take several years (perhaps even decades), but the alcohol percentage will significantly drop and the taste will deteriorate, and at this point it is probably best to toss the bottle away – for quality purposes if nothing else.

Flavored vodkas or pre-canned vodka mixers are much more sensitive than typical bottled vodka, given the additional ingredients that have been mixed in to give the spirit some further flavor. These drinks will often lose their fizz, pose an unsavory taste, and develop a strange smell if left opened for a few days – so it is often best to purchase vodka and mixer separately if you don’t plan on using them right away.

READ
Can You Freeze Coconut Milk?

Correct storage will keep vodka safe and tasty for a long time, and in many cases it is unlikely that this spirit will ever truly “go bad”. However, that doesn’t mean you shouldn’t check for warning signs before drinking an old bottle. If any heat or light has been within reach of an unsealed bottle, yeast may have developed – which can cause food poisoning. Fortunately, this will often pose a strong scent, and vodka will have a curious smell if it does contain traces of yeast. If this is the case – always discard the bottle.

Given its long shelf life, general popularity, and ease with which it can be mixed into other drinks – vodka is a great spirit to have for any party. In theory, a bottle of vodka used for one birthday could be poured out again at the same persons party a decade later! Provided that it’s stored in dark, cool places like cupboards, cellars and rooms away from light, vodka can be enjoyed for many years. 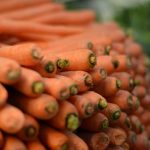