In the middle of 2021, a rather plain app emerged that promised to transform all the posing on social networks into something real. This application is known as BeReal and has been growing ever since.

Now comes TikTok Now, an app that proves that BeReal was not so wrong, and reminds us that TikTok is a giant that can evolve at any time with new ideas.

Facebook and Instagram have already done it in the past, copying Snapchat’s stories, or TikTok’s own reels, so it is nothing new for social networks to copy each other to retain their users.

As BeReal has become quite popular recently, TikTok has seen it as a threat and so has decided to go on the offensive by creating its own app that basically does the same thing.

TikTok was the first to make this move, but many more are likely to follow in the coming months.

What is TikTok Now

If we want to use TikTok Now we will have to install a new app. The first thing to do is to search for the app in the App Store that corresponds to our device (Google Play, Apple or Samsung, among others).

READ
How to find out who's visiting your Whatsapp profile

Once opened, it will use the same data as the “regular” TikTok profile… and that’s it. Now all we have to do is wait for the app to notify us during the day at a random time of the day.

The moment TikTok Now notifies us, we will have 3 minutes to share what we are doing using both the front and rear cameras. No filters. No choice of place or time.

In this way, we will be able to remove all the fake look that is common in social media and the posing of the perfect photo. Here we will interact at any time.

How is it different from BeReal?

Although BeReal and TikTok Now basically serve the same purpose, there are some differences between the two platforms.

The main difference that TikTok Now offers is that it allows us to record 10-second videos instead of just a photo. In this case, the time to perform this capture on time is 3 minutes instead of the 2 minutes allowed by BeReal.

READ
How to save the status of others in whatsapp

Is there a way to make money with this app?

In November 2022, a very powerful affiliate campaign was launched by TikTok, for which we get a reasonable amount of about €/$7 for each follower that signs up from us.

Controversy also arose when it was discovered that in order to collect this money, it is necessary to enter a series of very sensitive personal data. All this data would be stored in China, the App’s place of origin, and we do not know if it complies with the most restrictive local legislation, such as in Europe.

However, the app does not have advertising in it, but the typical influencers who take advantage of the 3-minute window to make a publication to appear with their “favorite” brand of soft drinks while watching their favorite show on TV have already emerged.

BeReal has now surpassed 50 million downloads and has peaked at over 16 million active users. All these figures are increasing and are surprising for such an unambitious app.

However, it is not only TikTok that has taken an interest in this new growth of the small BeReal. Elon Musk himself has already mentioned on several occasions his intention to relaunch the Vine micro-video format, perhaps in the same way: an alert and 2 minutes to post.

READ
Hide your number in WhatsApp groups and other security tricks

The battle over the next few days promises to be an arduous one, and we will be waiting to see how it turns out.

And you, which app do you prefer to use, and do you think it makes sense to use TikTok Now since BeReal already exists? 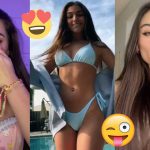 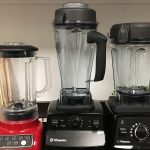