When you think about Bluetooth, chances are you have a vision of a business professional, cruising through the HOV lane, jabbering away about his next big deal with a huge blinking blue thing in his ear.

Well, the reality is that Bluetooth technology has a lot of advantages for everyone, not just the next Gordon Gekko. Now that the technology is becoming much more available and widespread, its uses are really opening up, and companies are creating some very cool, very helpful stuff.

In this guide we’re going to discuss Bluetooth headphone adapters, and why you just might want to pick up one of the two pairs we’re reviewing.

If you go to the gym, take walks, hike in the outdoors or just get some chores done around the house with some good tunes going in the background wearing your favorite headphones, a Bluetooth headphone adapter would be the way to go. If you would like to be able to make and receive calls still using your good old headphones as well, that’s totally possible and you don’t need to have a degree in engineering to do so. Just choose an adapter that has a build in microphone and that’s it! You can now listen to your favorite band on your beloved headphones and even take calls if need be. 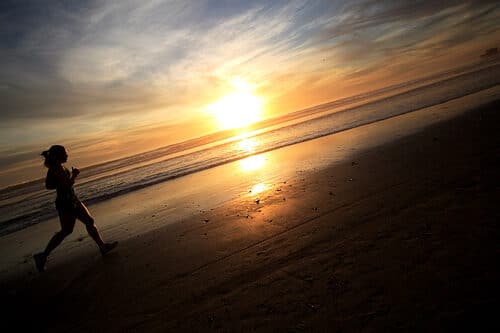 Some people feel the only hurdle in their way is having to start all over and get used to a new pair of headphones, when they love the ones they have, or in some cases have spent a lot of money on a real quality pair of headphones. Well, the good news is you can plug any traditional 3.5mm set into these adapters and keep on going! No longer will you be stuck trying to fish your phone or MP3 player out of your pocket to change the song or turn up the volume on your favorite jam! Now, you simply push one of the controls on the clipped-on dongle and keep the good times rolling.

Bluetooth Headphone Adapters – What you need to know

The difference between Bluetooth Transmitter (TX) and Bluetooth Receiver (RX)

Please note that there are a few devices out there that can work as both a receiver and a transmitter (obviously not at the same time). So if you have any devices that could use a transmitter adapter consider buying a 2-in-1 device as they cost only a few bucks more and give you a lot more possibilities.

While this article is about receivers, there’s one important thing you need to know about transmitters: there is a delay on the audio. That means that a using a transmitter adapter to watch TV isn’t that good of an idea because the audio will be delayed. Think of an old kung fu movie with bad lip sync. That’s what you’ll get when using a transmitter adapter for TV listening. Please note that’s the issue of the technology, not any device in particular (meaning buying another device won’t fix the problem). Obviously, the delay isn’t a problem if you’re listening to music.

Think about your needs

Before buying an adapter it’s a good idea to take a moment to think about your needs. If you’re thinking about buying an adapter for your earbuds then you need to consider clipping it to your shirt or sweater so it doesn’t hang loosely. If that’s the case then choosing an adapter with a clip will be the easiest solution.

If you’re buying an adapter to use it with your headphones you can either clip it to your clothes or choose to attach it to the headband so you don’t need to worry about the adapter unclipping or having the cable caught on things. When it comes to the latter option, it works best with headphones with detachable cable so you don’t have to shorten the cable yourself or wrap it around the headband. If that’s the case, you just need to buy a short 3.5 mm mini jack male to male cable cord that will connect the headphones with the adapter and some Velcro straps to tie the adapter to the headband and you’re done. In case you need more info on that, you can check out this Instructable. 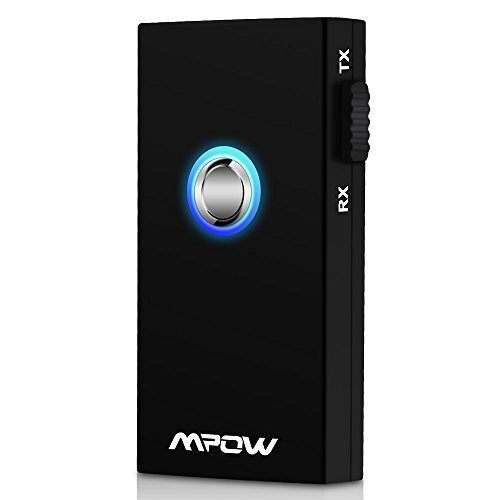 This device is one of the best choices when it comes to Bluetooth adapters because of its best feature: it works both ways. You can use it as a transmitter where you make your non-Bluetooth enabled device (music player, TV, etc.) able to send music via Bluetooth. Or you can use it as a receiver. Just plug it into your old headphones (or speakers if you wish) and listen to music from one of your Bluetooth devices (e.g. smartphones). It’s a small device – you can fit it in the palms of your hands. Its built-in battery life lasts about 8 hours in transmitter mode and 6 hours in receiver mode. You charge it using the Micro USB port so you can use the same charger you use to charge your phone. If you’re looking for a device that can work as both a receiver and a transmitter, so you can not only Bluetooth-enable your headphones but also music players, Streambot 2-In-1 seems the way to go.Here’s a quote about Steambot pulled from Amazon.

As a receiver, I’ve discovered that this Streambot is versatile enough to accommodate a variety of uses. I’ve used it with my old stereo system, and it’s also light and compact enough that it can be used to transform any pair of headphones into a wireless stereo headset.

READ
What is the Best Home Coffee Maker? 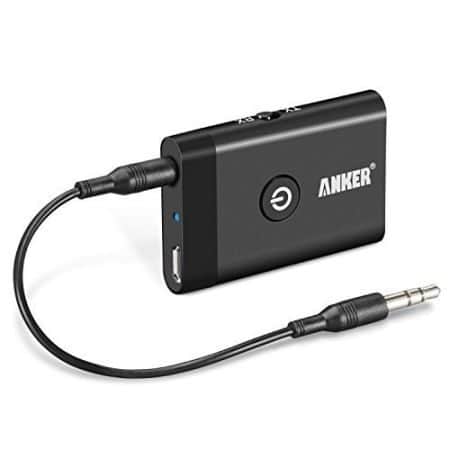 Anker 2-in-1 is another deveice that offers benefits of both Bluetooth receivers and transmitters. Just push the switch on the side of the device to switch between transmitter and receiver modes. It’s small and connects quickly, although a few customers mentioned having some difficulties with connecting from time to time. The battery life for transmitter mode is up to 10-12 hours and up to 6 horus for receiver mode. The device uses a built-in battery that charges using the micro USB port and charging cable you can find in the box. The whole process takes about 2 hours.Here’s what one of the reviewers wrote about this device:

Coming from a super techy guy. So basically I picked this because it has a dual purpose receive and transmit bluetooth signal. Just imagine this…even your very old stereo sound system im talking like 50 or more years ago sytem you can still turn that unit into a bluetooth unit. You can use it for your headphones or anything that receive sound signal. Now you have a bluetooth headphone. No need to buy those expensive bluetooth headphones, speakers or any sound system. 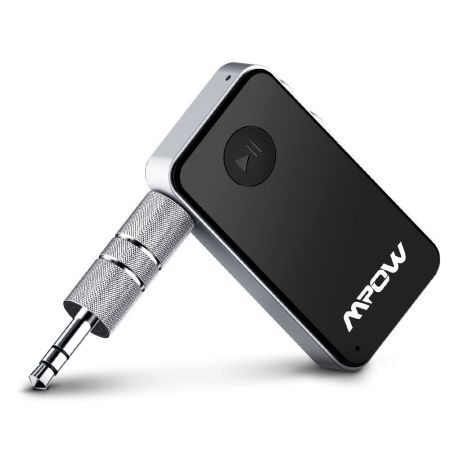 If you’re looking for a device that eliminates the need for an auxiliary cord to stream audio to your car radio and goes wireless instead, that’s the device for you. If you also want to occasionally make and take calls then Mpow Streambot Receiver is exactly for you. The device is very small and simple and it features only three buttons. Similarly to other devices described below syncing it is a breeze. The device has a built-in battery that lasts up to 10 hours, so even if you’re planning on going on a long road trip the battery will last the entire trip. You charge the battery using the micro USB port and the charging cable that comes with the device. Charging to full charge takes about 1.5 hours. You can, obviously, use this adapter in places other than your car, for example with your headphones while jogging or working out.Let’s hear what one of the customers said about this device:

Setting up was a breeze. Initial sync was super easy and straight forward. Subsequent syncs took less than a second.

Sound quality was very good, nothing ever choppy nor was there ever any dropped audio.

While using it in the car for streaming music (Pandora, iheart, Spotify) was simply amazing. It’s a must have if your car stereo deck doesn’t have built in Bluetooth 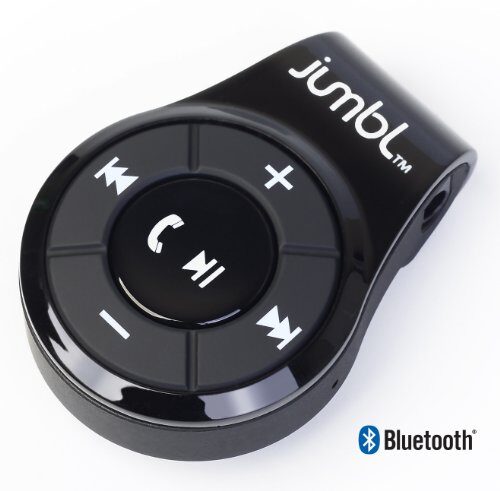 Jumbl is a Bluetooth receiver that transforms your stereo-only headphones into a hands-free calling device. It features dual microphones with noise-cancelling technology means no matter how the unit is positioned, your calls will be crisp and clear. The controls on the device allow you to, besides obviously pausing and resuming music streaming, to accept, hang up and reject phone calls. Ideal for anyone who makes or receives many phone calls while listening to music. With this device, you won’t have to reach for your phone each time it rings. Jumbl comes with a clip on its back so attaching it to your clothes so it doesn’t hang loosely is super easy. After a full charge that takes 2 to 3 hours, this unit works for up to 6 to 9 hours, though expect that number to more realistically be around 5-6 hours. Big buttons make sure there are no mistaken skips of your favorite tracks, and of course, the ability to easily sync up to any and all Bluetooth-enabled devices means you won’t spend a ton of time trying to get everything to work!

The only other downside to this may be the power cord, which is proprietary and will not allow differing cords to plug in and help charge.

Here’s what one of the customers said about Jumbl in a product review on Amazon.

Some of my best headphones and earbuds are wired but I like them for the sound quality and the comfort of wearing them. Now there is a new dimension to my enjoyment through the addition of being able to use them as a wireless set of devices by adding this wireless headset adapter. 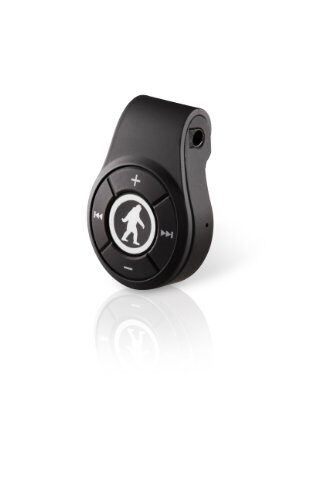 If you’re looking for an adapter ideal for people who want to use it while running or working out and occasionally taking calls while doing that, this Outdoor Tech adapter is definitely worth checking out. This little guy comes in a bunch of different colors so you can easily choose one that matches your workout clothes. Clipping it to your clothing or backpack will be easy as it has a clip in the back. As mentioned, it features a microphone so you can take and make calls while jogging without holding your phone during that time. This device has noise suppression, echo elimination and duplex sound for clear, crisp calls and microphone pick-up. The only downsides here are going to be a lower battery life and the occasional issue with connecting a curved or 90-degree earbud jack. Some jacks may experience intermittent connectivity due to the positioning of the jack when connected to the device.

Here’s what one of the reviewers has to say about this adapter:

I was not interested in purchasing an expensive Bluetooth headset, so tried this device used with my Bose Quiet Comfort headsets. Net result is that it works great, has good quality audio, and makes me and the wife happy for late evening TV programs. 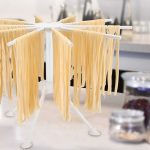 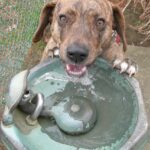